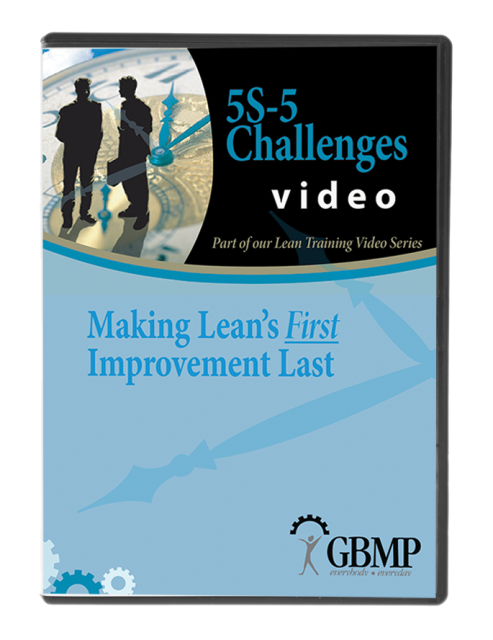 Members pay only $103.20 for the DVD; Learn about membership in GBMP here.

​Nearly every company on the lean journey has taken its first steps into the process by way of "5S", otherwise know as Workplace Organization. The practice derives its name from five Japanese words, each representing one of five steps. Roughly translated to English these steps are:

The stability and visual standardization provided by 5S is an essential foundation to every other lean practice and is visually attractive to management. Yet the process which seems self-evident often falls short of expectations. Most companies attempting 5S will relate stories of back-sliding, lack of participation and occasionally even out-right rebellion. This DVD, produced by GBMP deals with the “behind the scenes” supporting activities that are crucial to sustaining 5S as an on-going and fully integrated company-wide process.